We are working on several new watercolor workshops in Cape May.
Please email me if you're interested. ​
PLEASE EMAIL ME 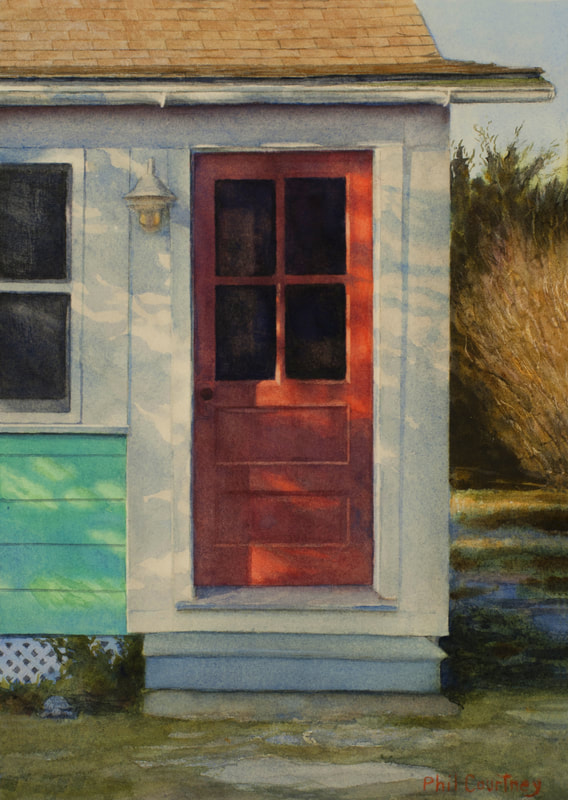 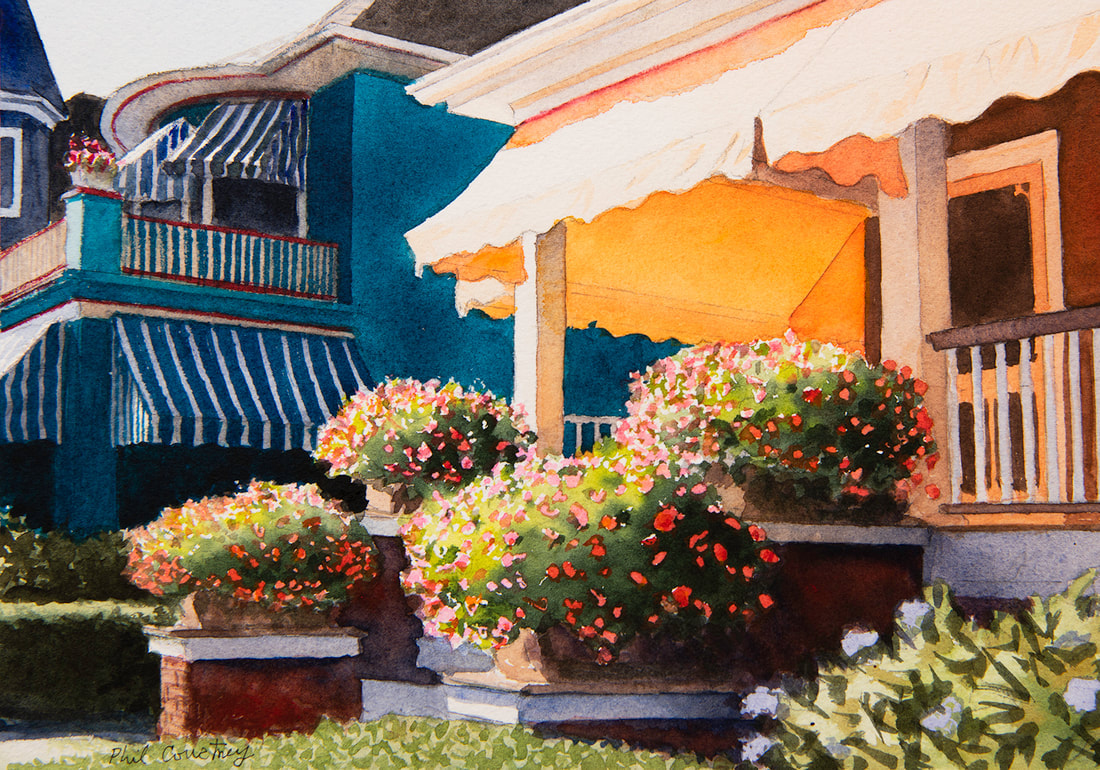 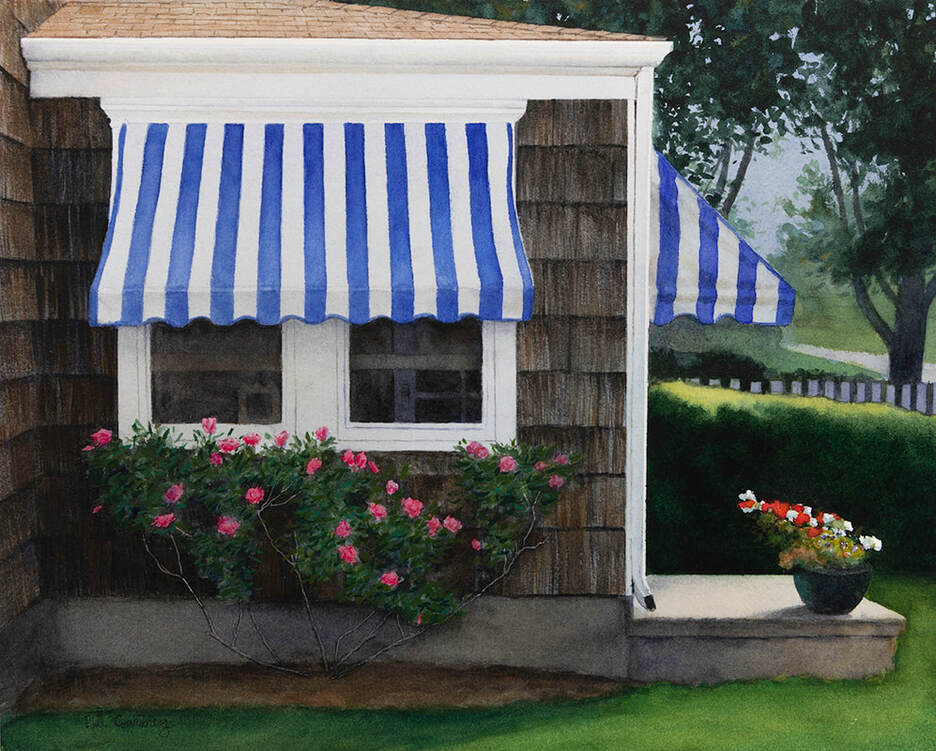 About Phil Courtney....
Phil Courtney is a graduate of The Pennsylvania Academy of Fine Arts, Phila, PA. Following his education, he was employed as billboard artist for outdoor advertisers in the Philadelphia area for more than twenty-five years. Phil began showing his own work after moving to Cape May, NJ in 1995 with his wife and children. His work has been shown locally at the former Washington Street Gallery, the SOMA NewArt Gallery, the FAN Gallery in Phila. and can be found in several local private collections. Phil participated in the John Peto Museum International Juried Art Exhibitions. The Nature Center of Cape May featured Phil as their artist in residence for their annual fundraiser in 2019, “Catch of Cape May”. Phil’s painting in oil, “Magnolia Seed Pod” was featured in the 2021 July/August edition in the article, “Blooms for Us All”. Most recently, “Money Plant”, a watercolor by Phil was selected for the Philadelphia Watercolor Society’s 121st Anniversary International Exhibition of Works on Paper, October 24-November 23, 2021. His painting received the PWCS 121st Exhibition Award. Phil was invited to submit work for the San Diego Watercolor Society International Exhibition, one of the largest and most active in the United States. This exhibition is widely recognized for its high standard of excellence in water-based media art.
Phil paints a variety of subjects, indoors and out, using oils and watercolors, depending on the subject and location. He is proficient in both mediums and has developed techniques for capturing the unique atmospheric conditions of the seashore, and the play of sunlight and shadows cast by the intricate details of Cape May Victorian architecture. 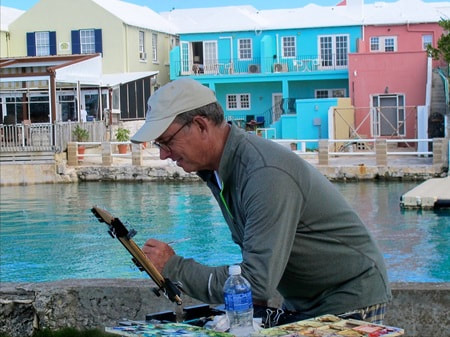 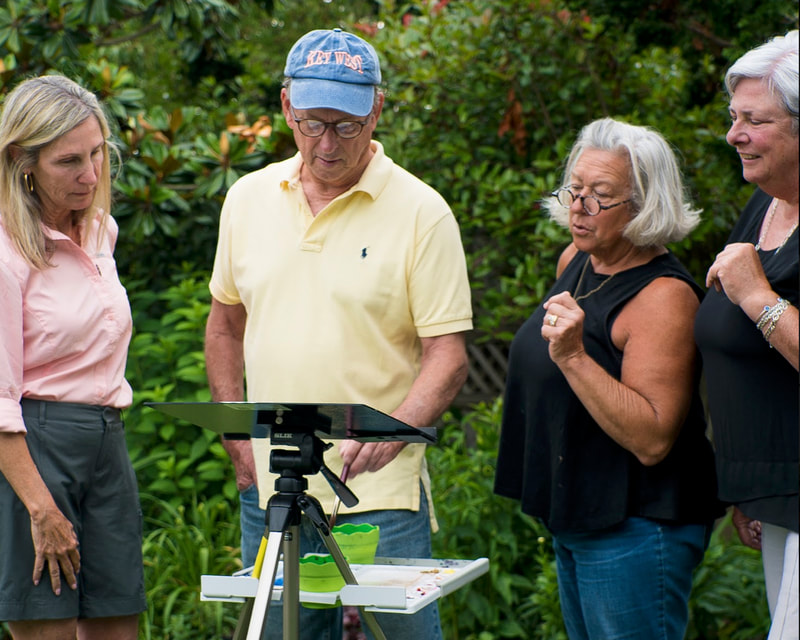